Born in Ankara in 1975, Serhat Çeçen graduated from Department of Management in Ankara Hacettepe University and in the USA. He specialized in international financing in particular during his undergraduate education. Serhat Çeçen worked in different positions and performed various functions in IC İbrahim Çeçen Investment Holding’s companies operating in fields of energy, construction, tourism, infrastructure investments and industry. He maintains his position as Chairman of the Management Board for tourism, transportation infrastructure and energy sectors.

Born in 1959 in Çankırı/Ilgaz Yaşar Arslan, got his free boarding education in Haydarpaşa High school for 6 years and he graduated from İstanbul Technical University Metallurgy Faculty. Being one of the people founding Natural Gas Distribution Association (GAZBİR), he worked as the general secretary of the association for 3 periods. He is still the Chairman of GAZBİR and Vice President Turkish Union of Chambers and Commodity Exchanges Natural Gas Assembly. 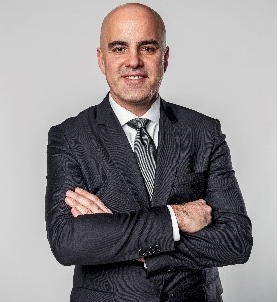 Born in 1969, Kıvanç Zaimler graduated from Istanbul Erkek Lisesi and Istanbul Technical University Industrial Engineering Department in 1991. He started his career in 1992 and until 2008, he worked in various executive positions in Turkish Electricity Industry, RAM Foreign Trade and Aygaz companies respectively. Kıvanç Zaimler joined Sabancı Group in 2008 and served as the Trade Director of Enerjisa until 2013 and served as the Vice President of Enerjisa Distribution Business Unit between 2013-2016 and the Vice President of the Sales Business Unit until March 2016, by when he was appointed as the CEO of Enerjisa Enerji. Since July 2018, he has been serving as the Head of Energy Group at Sabancı Holding.

He is married and has a daughter. In addition to his professional basketball career and many professional development programs he has attended, he has also trained in self-awareness and individual development, voluntarily mentoring and coaching.

Ali Murat Korkmaz was born in Ordu in 1960. He graduated from İstanbul University Faculty of Management. He served as a partner and manager in various companies in energy sector. He still holds his position as Chairman for Aydem Electricity Distribution Inc. and Gediz Electricity Distribution Inc. and he also works as a member of Management Board in institutions operating in publication and communication fields. 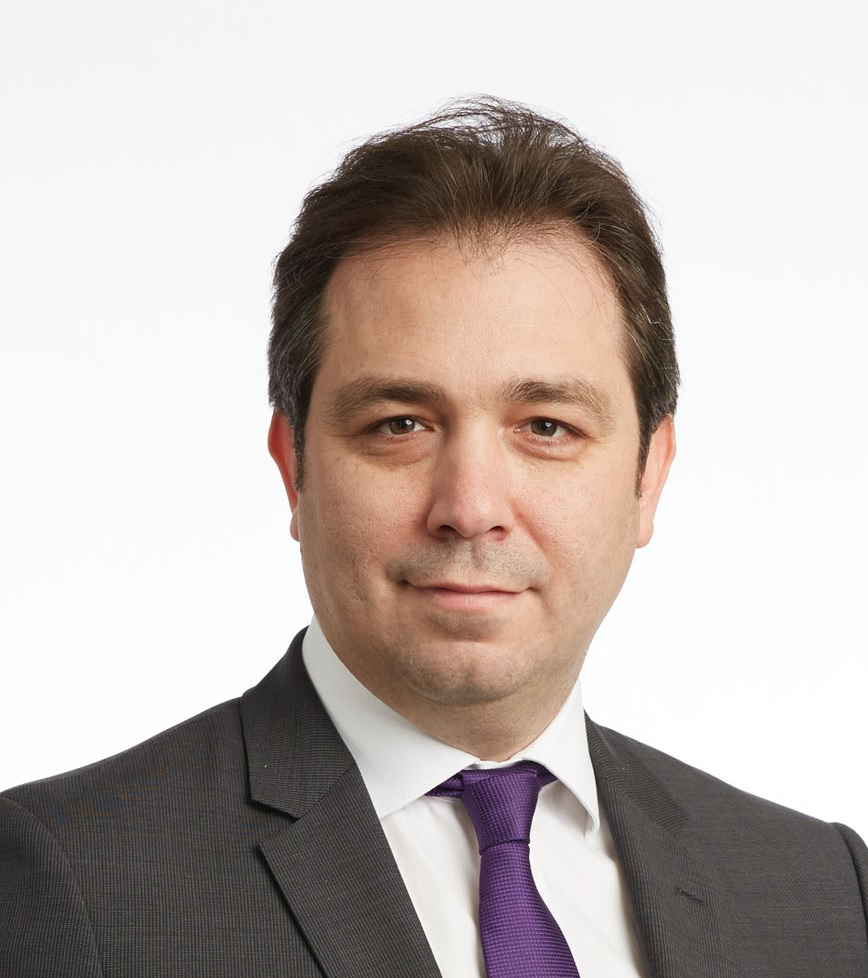 Born in Kahramanmaraş in 1967, Alişan Arıkan graduated from the Law Faculty of İstanbul University and Management Economy Institute in İstanbul University. He has served as Deputy Chairman and the Chairman in Arsan Companies Group since 1990. Arıkan is a lawyer registered in Kahramanmaraş Bar Association and Vice Chairman of Textile Assembly of Turkish Union of Chambers Commodity Exchanges (TOBB) and member of Assembly of Kahramanmaraş Chamber of Commerce and Industry, as delegate for Turkish Exporters Assembly (TİM). 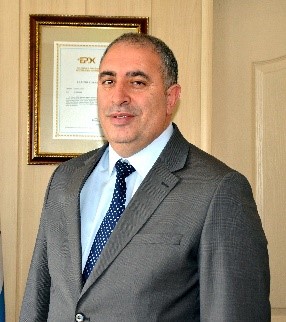 He was born in 1970 in Ağrı. After completing his primary, secondary and high school education in Ağrı, he graduated from İstanbul Technical University as an Electronics and Communications Engineer. He completed his MBA in Faculty of Business Administration at Bilkent University. In 1990, he started to work as an engineer in PTT. As the last Chief Operating Officer (COO) in Türk Telekom (Turkish Telecommunications) where he worked for 24 years, he played an important role in putting hundreds of projects into practice related to the communication infrastructure of Turkey. Memet Atalay, who is married and has 3 children, is the Executive Director of Dicle Electricity Distribution Inc. as of 2015.

He was born in 1962 in Kayseri. After Kayseri Sümer High School, he graduated from Faculty of Business Administration at İstanbul University. He completed his masters degree in the Faculty of Political Sciences at Ankara University. He completed his MA in Economy at Western Illinois University in Illinois - USA, and Public Administration education at the Royal Institute of Public Administration. Then he worked as a Budget Expert in the Ministry of Finance in 1985. Morever between 1986-1999 he  served as Prime Ministry Specialist in Prime Ministry, and Head of Foreign Affairs Department (Dissertation on Turkish Petroleum Sector and a Comparison With European Union Member Countries).

Mehmet Cengiz was born in Rize in 1958. He graduated from Kabataş High School for Boys in 1976. He started his business life as a building contractor in 1975 and worked as the Board Chairman of Cengiz Limited in 1987-1995, Cengiz Construction Industry and Trade Inc. in 1995-1998 and Cengiz Group of Companies in 1998-2007. Cengiz has been holding his position as the Chairman in Cengiz Holding since 2007.

Born in Malatya in 1958, Ahmet Çalık started his trade life by establishing Ortadoğu Textile Trade and Industry Inc. in 1981. Çalık made his first sizable investment through the GAP Güneydoğu Textile Industry and Trade Inc. he founded in 1987. He united his group companies operating in energy, telecom, finance, construction, media and textile fields under the roof of Çalık Holding in 1997. Ahmet Çalık maintains his position as Chairman of the Board in Çalık Holding Companies operating in 17 countries currently. 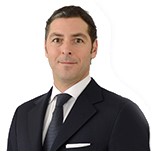 Born in İstanbul in 1971, Raif Ali Dinçkök graduated from Department of Business Administration at Boston University in 1993 and then started to work in Akkök Holding. He was the Coordinator of the Procurement Department in Ak-Al Tekstile Ind. Inc. between 1994 and 2000, and in Akenerji Elektricity Genereation Inc. between 2000 and 2003. In addition to being the Board Chairman of Akmerkez GYO, Ak-Pa, Dinkal and Akasya Çocuk Dünyası (Kidzania), Raif Ali Dinçkök also served as the  Member of Board and the Vice-CEO in Akkök Holding Inc., and has also been working in several Akkök Group Companies' Boards of Directors.

Born in 1961, Şaban Cemil Kazancı started to work in their family group of companies. He firstly worked as Manager in generator production and sales field and then he played an active role in the establishment of Aksa Energy that started to operate in 1997 to enhance the energy activities of the Group and to generate electric energy. Besides his position as the Chairman in Kazancı Holding and Aksa Energy, he is also the Board Member in Kazancı Holding and Group of companies.

Born in Bitlis in 1970, Ümit Kiler completed his primary and secondary education in Bitlis and high school education in İstanbul. He still continues his education in Communication Faculty in İstanbul Aydın University. He is the Chairman of Kiler Shopping Services Food Industry and Trade Inc. operating in retailing sector for 21 years with its 200 branches in 30 provinces including İstanbul and Ankara. He is also the Deputy Chairman of Board in Kiler Holding Inc. operating in construction, energy and tourism and sugar industry. He is among the founders of Hikmet Kiler Foundation.

Born in Elazığ in 1951, Celal Koloğlu graduated from Chemical Engineering Department in METU in 1975. His business life started as the Board Member in Kolin Construction that he founded in 1977. Besides his positions in non-governmental organizations regarding his sector, he served as Turkish Confederation of Employer Associations (TİSK) representative of Vocational Qualifications Management Board between 2010-2012. He has been serving as the Deputy Chairman of Ankara Industrial Chamber since 2005. 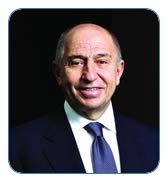 Nihat Özdemir was born in 1950 in Diyarbakır. He graduated from Mechanical Engineering Department of Faculty of Engineering and Architecture in Ankara State University and had a master degree in Industry Department of Faculty of Engineering and Architecture in Ege University. He founded the construction firm Limak Inc. in 1976 and has undertaken the works of dams, irrigation facilities, roads, pipelines, treatment facilities and turnkey plant works for public and private institutions in Turkey. Nihat Özdemir currently maintains his position as Chairman of Limak Construction, Industry and Trade Inc. and ELDER President of Board of Directors. 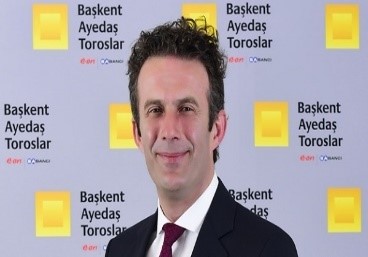 After graduating from Karadeniz Technical University as Electric and Electronic Engineer, Murat Pınar started his professional career in Siemens where he worked as a transmission engineer, transmission product manager and application and integration manager between 1998 and 2006.

Later, he worked as the manager of field operations in Nokia Siemens Networks in 13 different countries including Eastern European and Central Asian countries as well as Turkey, Azerbaijan and Georgia.

Since August 2015, Murat Pınar has been working as the General Manager in Enerjisa Distribution Companies, including Başkent, Ayedaş  and Toroslar, serving a population of 20 million.

He was born in Denizli in 1954. Having graduated from Electricity Faculty of İstanbul Technical University, he worked in the public sector between1975-1980. He was a partner in the foundation of ELSAN Electrical Equipment Industry and Trade Inc. and of TÜMAŞ Marble Inc. in 1985. He entered into the electricity sector with the establishment of AYDEM Inc. in 1991. He founded Bereket Energy in 1995 which was another important step in the energy sector. He currently maintains his position as Chairman in Bereket Group.

Kazım Türker was born in Ankara in 1954. He started his business life by founding an enterprise in textile sector, the family occupation, while he was 19 years old. He graduated from Department of Civil Engineering of Gazi University. In addition to his investments in textile and retailing sectors, Türker founded Türkerler Construction Inc. in 1993. The company invested in energy and cement sectors in 2000s. Kazım Türker still holds his position as the Chairman in Türkerler Holding Inc.

Born in Develi/Kayseri in 1948, Ayhan Yavrucu graduated from Faculty of Political Sciences in Ankara University in 1972. He started to work in Ministry of Finance within the same year and held his posiiton as an accountant in Accountants Board until 1977. He was assigned various positions in Alarko Group of Companies where he started to work in 1977 and he still holds his position as the Board Member and General Coordinator.